Who We Are
Model Masters, Inc. is a full service modeling, staffing and event execution agency.
Our expertise is providing diverse spokes models and talent to staff events for corporate clients.
With resources throughout the United States, we provide support nationally.
We also have several “passport prepared” team members that are bi-lingual and
available to travel to your next international event .

What We Do:
Our expertise is providing spokes models and talent to staff events for our corporate clients.
With resources throughout the United States, we provide support nationally.

Providing Value:
Our models and talent are your extended promotional team.  Our objective is to give your organization
a professional representation and reduce the number of employees taken away from their responsibilities. 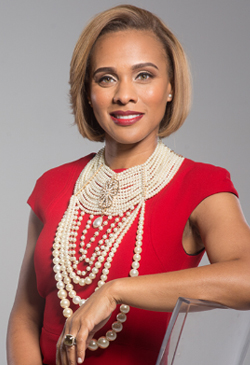 Since our inception, we have peaked to a network of over 250 exhibit hosts, spokes models, demonstrators, performers, promoters and licensed massage therapists. Concurrently, we have established a very reputable client base.

Testimonials to our great work!

““Valarie is a dear friend that I have known for many years! We met during my beginning days at BET and I have watched her grow professionally into one of the premier multicultural modeling boutique agencies in the business…. I am very confident that Valarie can serve your needs”“

“Model Masters has been most professional while providing us with beautiful and enthusiastic models. They have even taken the time to learn about our projects which helps even more with our retailers.“

“I’m so glad I had a chance to work with Valerie and the licensed massage therapists of Model Masters, Inc. on the Peel’s Pamper Party at the Essence Music Festival.  The program was one of the most popular activities at this year’s festival and it was great that we could execute it with their professional assistance.  I truly appreciate the experience they brought to the program and their work ethic.  I look forward to future partnerships with Model Masters, Inc.“

““Meeting and working with you and your team was truly a pleasure.  The level of professionalism as well as engagement that you brought to the booth was special and critical to the outcome of the event.  We cannot express our appreciation and will definitely keep you in mind as we plan ahead under the new leadership.”“

“Words can not describe how the Colangelo Team is incredibly happy to have Model Masters, Inc to staff our Vaseline Cocoa Butter Lounge at the Essence Music Festival 2008.  You and your staff are very professional and are amazing under any pressure. Your flexibility and composure did not go unrecognized.  It’s truly an honor and pleasure to work with you and hopefully this is the beginning of a long relationship between Colangelo and Model Masters, Inc.“

Thank you from the entire Colangelo Staff!
You made Colangelo look GREAT!

KEEP IN TOUCH WITH US!

You can use the following information to contact us: